"Google is the most evil corporation": How a calm Sundar Pichai took on angry Republicans

"Google is the most evil corporation": How a calm Sundar Pichai took on angry Republicans

Google Chief Executive Officer Sundar Pichai testified before the US House Judiciary Committee yesterday - a first for the Internet giant. The 3.5 hour long hearing was titled "Transparency & Accountability: Examining Google and its Data Collection, Use, and Filtering Practices", and Pichai was grilled by lawmakers on issues ranging from the company's perceived anti-conservative bias and privacy breaches to its plans to re-enter China with a censored version of its search engine. 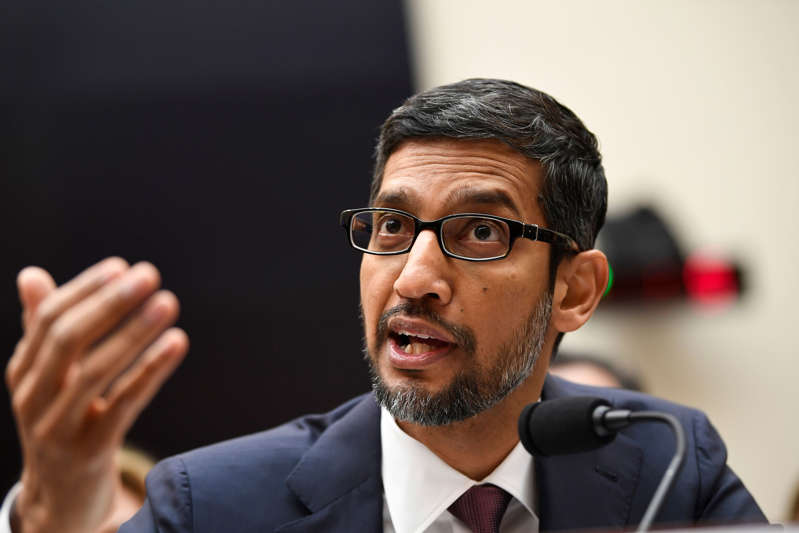 "It was necessary to convene this hearing because of the widening gap of distrust between technology companies and the American people," House majority leader Kevin McCarthy reportedly said at the top of the hearing. At the very least, the past year has seen a growing disconnect between tech firms and Capitol Hill, especially in the wake of the Cambridge Analytica scandal.
Google had drawn a lot of flak in September for refusing to send a suitably high-ranking executive to a Senate Intelligence Committee hearing about efforts to counteract foreign influence in US elections and political discourse. Facebook's chief operating officer and Twitter's chief executive had testified at the hearing, where an empty chair was pointedly left for Google after the committee rejected Google's  offer to send its legal and policy chief Kent Walker as its representative.
In Pics:  The 31 best-paying companies

According to Bloomberg, the much-watched hearing yesterday got off to a boisterous start with Donald Trump associate Roger Stone in the room along with far-right conspiracy theorist Alex Jones, who shouted at Pichai about China as he entered the room. "You bet on the wrong country, Sundar!" Jones said, calling the company "absolutely the most evil corporation on Earth".
However, Pichai reportedly managed to remain calm and collected through the hearing. In his opening remarks, the Google top boss played up the company's American roots. "Even as we expand into new markets we never forget our American roots. It's no coincidence that a company dedicated to the free flow of information was founded right here in the US," said Pichai. "As an American company, we cherish the values and freedoms that have allowed us to grow and serve so many users. I am proud to say we do work, and we will continue to work, with the government to keep our country safe and secure."
His testimony also highlighted that over the past three years, Google had made direct contributions of $150 billion to the US economy, added more than 24,000 employees, and paid over $43 billion to US partners across Search, YouTube, and Android. 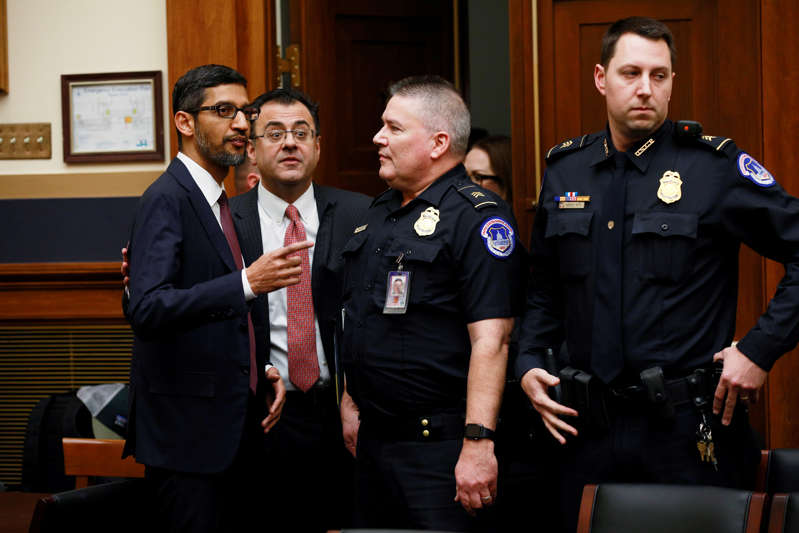 Pichai also addressed allegations of political bias head-on, saying: "I lead this company without political bias and work to ensure that our products continue to operate that way. To do otherwise would go against our core principles and our business interests. We are a company that provides platforms for diverse perspectives and opinions - and we have no shortage of them among our own employees."
During the hearing, Congresswoman Sheila Jackson Lee and Congressman Tom Marino questioned Google on its plans to re-enter China, code-named Dragonfly. "In 2010 Google left the Chinese marketplace due to concerns over hack - hacking attacks, censorship and how the Chinese government was possibly gaining access to data. I'm interested in what has changed since 2010 and how working with the Chinese government to censor research results, a part of Google's core values," said Marino.
In response Pichai made it clear that "Right now, there are no plans for us to launch a search product in China". According to him, project Dragonfly currently is simply an "internal project" being undertaken by Google's Search team. 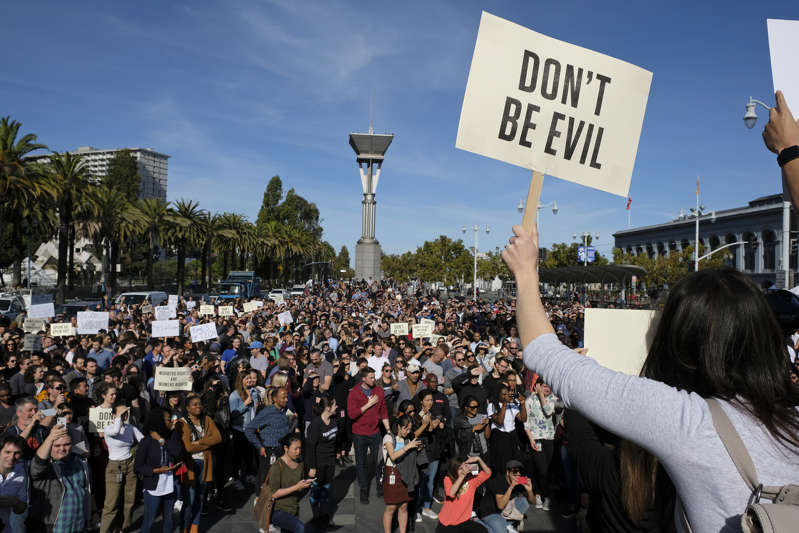 Significantly, he did not rule out future possibilities in that direction but guaranteed transparency with lawmakers on such developments. "Our core mission is to provide users access to information and getting access to information is an important human right," said Pichai, adding, "We are always compelled across the world to try hard to provide that information and but right now there are no plans to launch search in China. I'm committed to being fully transparent including with policymakers to the extent we ever develop plans to do that."
According to the news portal, US politicians have already demanded to know why Google seems willing to censor search results at the behest of Chinese Community Party but has pulled back from two contracts with the US military. But there is no denying the siren song of China. As the world's largest internet market it is bound to be attractive to any global company. The concern among lawmakers - and some its own employees - is that re-entering the country could signal that Google is prioritising its business over human rights.
In his prepared remarks, Pichai also reiterated Google's support for a national privacy law, which could gain momentum next year, in part because diverse business groups have backed plans to that would pre-empt California's stringent new privacy law. Such a law would represent yet more regulation of the tech sector, after Google lost a battle earlier in the year to stop Congress from increasing internet platforms' liability for online sex trafficking.
Pichai's day in Congress comes against a backdrop of growing criticism against the tech industry in the US for spreading misinformation and extreme content online, while privacy breaches and other mishaps have shaken the public's faith in the ability of tech firms to keep customer data safe. "We're long past that high water mark of Silicon Valley's belief that they can solve these problems on their own or ignore the public pressure,'' Danny O'Brien, international director with the Electronic Frontier Foundation, an advocacy group, told Bloomberg.
So, going forward, focussing on neutralising allegations of political bias and concerns over privacy practices is expected to be right on top of Pichai's agenda.
"It's an honor to play this role in people's lives, and it's one we know comes with great responsibility. Protecting the privacy and security of our users has long been an essential part of our mission. We have invested an enormous amount of work over the years to bring choice, transparency, and control to our users. These values are built into every product we make," he told the Senate committee yesterday.
Tags:
#latestsmartphones News today news